Kazumasa Masubuchi, MD, FIAC (hon) (1912 – 1992) was a gynecologic oncologist and fundamental to introducing and fostering cytology in Japan. Always a great supporter of teaching cytology and of international exchange he was proposed as the first Honorary Member of the IAC by Dr. Papanicolaou in 1957. He was recipient of the Goldblatt Award in 1977.

The award was presented at the 21st International Congress of Cytology in November 2022, Baltimore, USA 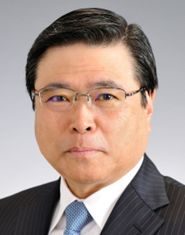 Daisuke Aoki, MD, PhD. has been a professor of Department of Obstetrics and Gynecology at Keio University School of Medicine and Director of the Gynecology Division at Keio University Hospital in Tokyo since 2005. Dr. Aoki has research interests in gynecologic oncology, especially in the screening and prevention of HPV-related precursors of the uterine cervix as well as cervical cancer, including quality control and assurance of cancer screening. His research projects on the cancer screening are funded by grants from Japanese Ministry of Health, Labour and Welfare. He has served as President of the JSCC (2015-2019), Chairperson of the JSGO (2018-2020). He also hosted the 19th International Congress of Cytology which was held in Yokohama, Japan in 2016 (ICC2016) as the Congress President.